Lodz, the place where the movie talents was born and the capital of the movie industry in Poland.
In Lodz, there is a famous Film School and in this place we want to create the platform for the exchanging the experience of the innovative and interactive trade with the marketers and to develop the business contacts. For the two days of September Lodz is the capital city of the New Media.


The meeting of HollyLodz and the Silicon Valley – truly great mixture! This is the place, when young artists can get to know some new trends connected with the digital technology and the New Media. This is the place, when the representative of the interactive business can meet their future partners and marketers. What is more, they can notice how the movie industry are strongly connected with the Internet in order to provide the new quality of communication.


We want to create the festival during which the conversation with the people connected with the multimedia is possible. The great atmosphere and learning with the young passion and the years of experience – Filmteractive Festival.

09:50 – 10:20 Video in the Internet – how do the consumer’s behavior change?
Aleksander Szafaryn, Gemius SA

13:15 – 14:00 Content is the king! What draws people attention and why is this video? – discussion.
Prowadzący
Jarosław Sobolewski, CEO IAB Poland,
participants: Kamil Przelecki – Agora – the director of Multimedia Development,
Adam Bakowski – Onet.pl – Director of the Video and Entertainment in Onet.pl,
Arkadiusz Swierczewski – iplex.pl

10:05 – 10:25 New Media as a university studies
- prof. Dr. hab. Ryszard Kluszczyński,
the Dean of the Media and Culture Department,
University in Lodz

11:55 – 12:25 We creates the new solutions in multimedia reality
- The Voice of Poland
Mariusz Stecki - iTVP HD

15:40 – 16:00 Crowdsourcing as the method of gaining the foundations for movie realizations
AArtur Wyrzykowski, the director of the “Everything” movie 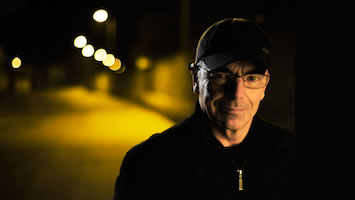 Sławomir Idziak
Born on 25.01.1945. Upon graduating from The Polish National Film, Television and Theatre School in Łódź in 1968, he has become a well-known cinematographer, screenwriter, director and lecturer. As a director of photography Idziak has made over 60 films in 19 countries, i.e. with Krzysztof Kieślowski („Double Life of Veronique”, “Blue”) Andrzej Wajda („The conductor”), Krzysztof Zanussi („A year of the Quiet Sun”), Ridley Scott („Black Hawk Down”), Taylor Hackford („Proof of life”), Michael Winterbottom („I want you”), Johan Sayles („Men with Gun”), David Yeats („Harry Potter and the Order of Phoenix”), Jerzy Hoffmann (“The Battle of Warsaw” first Polish feature production filmed in 3D technology). For his work as a cinematographer and director, he has received a number of awards and distinctions at the festivals in Berlin, Venice, Prague, Aucland and Gdynia. He was nominated for BAFTA, Cesar, and Oscar awards. Like just a few filmmakers in the world he successfully combines an outstanding career as both a filmmaker and lecturer. For 8 years he has lectured at Kunsthochschule fur Medien in Cologne (Department of Film and TV) as the resident professor. He has been a visiting professor at many European Film Schools, such as University of Industrial Arts in Helsinki, Filmhaus in Cologne, Hamburger Film Werkstatt in Hamburg, Filmakademie Baden –Württemberg, FOCAL in Geneve, The National Film and Television School in London, Film School in Sydney, Film School (DFFB) in Berlin, Film Centre in Galway, Ireland, National Film School of Denmark in Copenhagen, Berlinale Talent Campus 2007, The Polish National Film, Television and Theatre School in Łódź, University of Applied Sciences, Faculty Design Dortmund. This vast experience as both a filmmaker and lecturer urged him to open new doors in film education. He is the author and coordinator of a European community portal for filmmakers www.filmspringopen.eu and the annual Film Spring Workshops (since 2005) and the Film Spring Open-Air (since 2008). 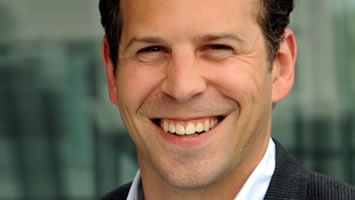 Since joining FremantleMedia in 2006 Andrew has been involved in a number of high profile projects which include the development and roll out of the strategic plans for many FremantleMedia formats including X Factor, Got Talent, Thank God You’re Here and Poker Face. Andrew has also been successful in financing and selling some of FremantleMedia’s key online productions, most recently working with MySpace to develop online teen drama, Freak, negotiating the key relationships with brand partners Red Bull and Proctor & Gamble.

Prior to joining FremantleMedia Andrew held Sr. Global Brand Management positions with Chorion Plc and Hasbro as well as a number of key marketing roles at the Mark Anthony Group in Canada. 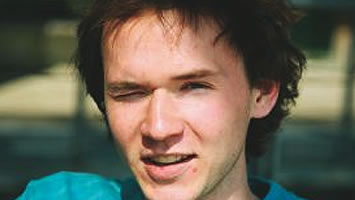 Artur Wyrzykowski
Born In 1985, director, screenwriter and the producer. In 2007 he was a head of the Artcore company, the first company in Poland responsible for producing the promoting film materials. He was a director of the polish episodes “Plebania”, he is also the author or the first movie, financed by Internet users – “Eveything”. The young artist launched the www.wszystko.net which helped him to realize his 15minutes movie on 16mm. In April, the movie “Everything” as the first short movie ever was regurarly distributed in cinemas. The Spectator company attached the movie to the Swedish Miss Kicki screenings, and the two movies could be seen in Poland. 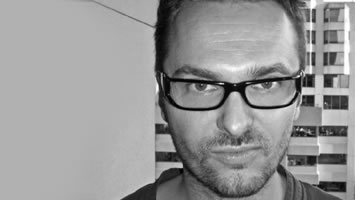 Dawid Marcinkowski
Director, designer and the scripts writer. The graduate of the Art Studies of UMK. The author of the well – received films projects. The creator of the first, polish, interactive video clips (f.ex. Smolik Attitude) and the first, interactive movie Surfferrosa. Dawid is a prizewinner of Cannes Lions, he was also nominated for The Webby Awards. 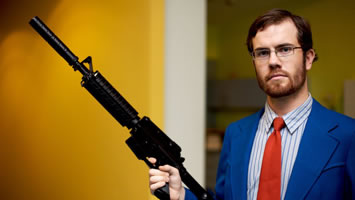 As chief evangelist for Vimeo and leader of Vimeo's community development team, Blake works on building and scaling one of the world’s strongest and most engaged online video communities. He leads the editorial team which curates the Vimeo HD and Staff Picks Channels, two of the Web’s leading destinations for the best and most creative films and videos. Blake is continually exposed to the world's leading creative content posted by filmmakers and artists from all over the world, giving him a unique exposure into new creative trends and styles. Blake hopes to write a book one day so he can lead this bio with that accomplishment. 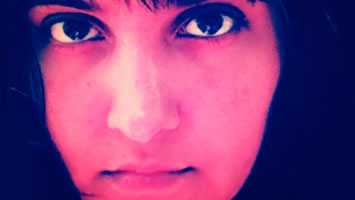 Marta Gomes
Was born in 1980 in Porto (Portugal) in a family of bakers. The love for food and new flavors probably influenced her creativity and her passion for books and writing. "Serendipity" is her favorite word. It was by chance that she met Nuno Bernardo and started writing "Sofia's Diary". Since January 2003 she's been working at beActive as head of scriptwriting and having fun developing new and unique 360º contents for audiences worldwide. Writing is her passion and working at beActive has been a great adventure. Marta was co-author of Sofia's Diary (Portugal and UK), of Flatmates (Portugal), Final Punishment (Brazil) and is head of the creative team at beActive (Lisbon). "There's nothing better than freshly baked cookies, a cup of tea, ideas and words on the tip of your fingers!" 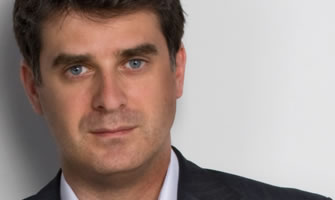 Olgierd Cygan
He’s conducting the marketing acivities In the Internet from 1996. Olgierd is the main shareholder and the CEO of the interactive agency Digital One, in which he’s responsible mostly for the key decisions and the proper direction of the company’s development. In the polish interactive trade, he’s know for the visionary and strategic approach to the New Media. He’s characterized by the brave conceptions and brilliant market feeling, and also trends. He is experienced in the education activity and lectures during the conferences, as also in the publishing in the professional magazines.

Olgierd is the member of the Marketing Communication Association SAR. He is also the founder of the Media Klaster Foundation, judge in the Ethic Advertising Commission. In 2003 – 2006 he was the CEO of the Interactive Advertising Bureau Poland. Now, he leads the activities of the interactive agencies group. He studies the Marketing and Management at the University in Lodz. His passion, apart from work, is science – fiction literature, sport and skiing. 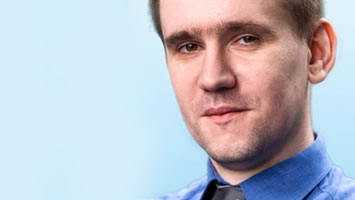 Aleksander Szafaryn
Aleksander Szafaryn is a creator and the promoter of the consulting projects and the help desk solutions. He is the auditor and the manager of the Visual Identity / IT Consulting projects. During his career he worked and realized the projects for such brands as: Unilever, Bonnier Bussiness, Aprilia, Lionbridge, Colliers I nternational. In Gemius SA he is responsible for the coordination and putting into practive the innovative marketing solutions, broad promotion and the presentation of the gemiusStram research. He is responsible for the initiate the training actions and the market analysis. 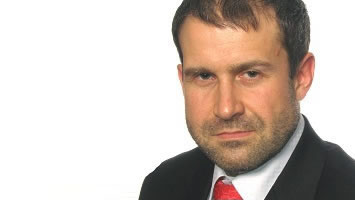 Mariusz Stecki
Is the graduate of the Computer Science and Management in Warsaw and University of Technology in Radom. He specializes in the economy and the company management. He has experience in management with the big IT structures, strategic projects, putting computer technology in practice. He worked for Polkomtel, PKN Orlen, Polish Energy Group. In 1998, he started working with TVP, till 2002 he was responsible for putting into practice the business processes connected with the programmes production and managing of the work connected with the improvement of the New Media. In December 2009, he leaded the Technology Department of Polish TV. Now, he is the deputy of the director of ITVP-HD department. 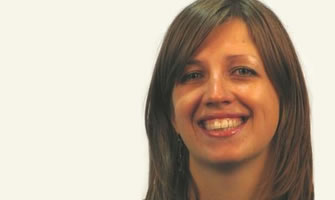 Zofia Bajkowska
As New Business Development Manager at YouTube Zofia (Zosia) Bajkowska is responsible for building and maintaining strategic partnerships and managing an exciting new generation of online content creators across Europe, primarily focusing on fresh talent in the UK, Irish and Polish markets. She is also entrusted with developing the YouTube Partnerships Program across all sectors with a special emphasis on original content creators in the creative fields and industries.

Prior to MTV she launched her career at an independent record label in New York, after completing a Masters Degree at New York University in Music Business and holds a Bachelors Degree in International Business from the University of Georgia. Zofia was born in Warsaw, Poland and has lived in Germany, the United States, England and now Dublin in Ireland. 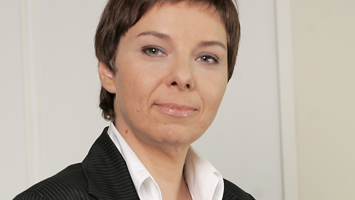 She is responsible for the projects like ads of ATLM, BTL and the non – standard activities and also, organizing the expositions and exhibitions, With developing the new media she realizes the digital strategy also in social medias.

The Entrance Card can be bought via the website. If you have some troubles with filling the polish questionnaire, please let us know.
We will help you.

One Entrance Card is for the two days of the Festival with sitting place in the main room, the VIP area during the conference and also 2 people invitation for the Award Ceremony of the Competition and the Afterparty with the open bar.
The accommodation with breakfast in the Ambasador Hotel **** (www.hotelambasador.pl) in room for two people, the drive by the high – class bus from Warsaw – Lodz – Warsaw is included.